We’ve all been there, that moment you feel like someone thinks you are an easy target because you’re a single mom. You know, someone approaches and is super friendly (too friendly), asks about your kids, your life, and then asks about your husband.

You get that twinge in your tummy, and you aren’t quite sure what to say. Was that a logical next question, or are you being scoped?

The too interested repairman who came to the house…is he going to come back later? The mechanic…is he ripping me off? The guy who asks you on a date…are his motives just for a date? (A psychologist once asked me on a date and said he only dated single moms…because they cooked. Seriously???)

Con-men, and con-women are plentiful in our world and the reality is, they often perceive single moms to be an easy target. They view us as weak, vulnerable, and isolated. (And good cooks.) 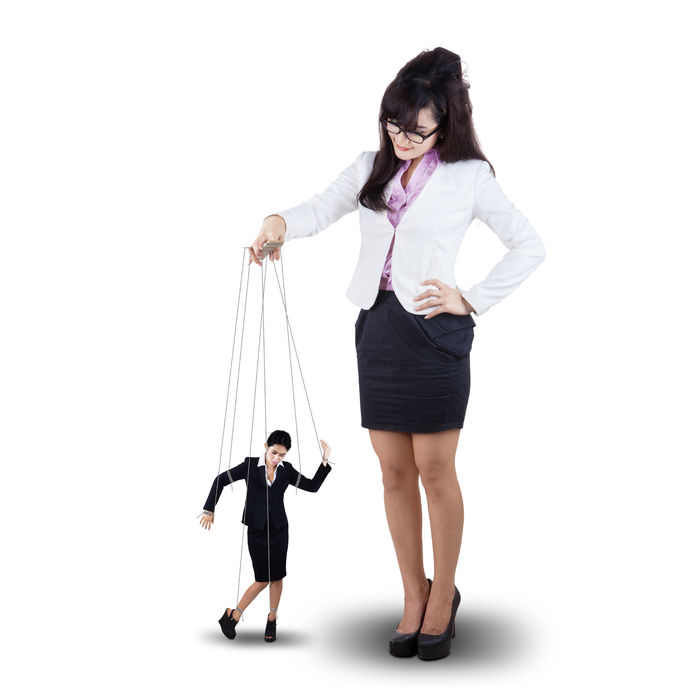 While these perceptions are of course untrue (because we are serious badasses!) you don’t want these letches hanging around any longer than necessary because quite frankly, your time is too valuable to waste on these hoseheads.

Dr. Phil, after being conned out of thousands of dollars by his “sweet” old lady office manager, decided to spend some time studying the con-creature.

In his book Life Code, (which I highly recommend and you can grab it here) Dr. Phil names these animals B.A.I.T.E.R.s and he created a list of symptoms to watch out for, tricks of their trade, and how you can avoid being perceived as an easy target because you are a single mom.

First…what exactly are we dealing with here? B.A.I.T.E.R.s are…

They are the men who ask you out because of what they perceive you can do for them. (i.e.: cook)

They are the mechanic who tells you a lot more is wrong with your car than you thought when you brought it in, and they remind you that being stuck on the highway with your babies would be a very bad thing.

They are the coworker who keeps eating your lunch, and taking credit for your work. And the list goes on. You know something is not right…but you think it’s just your imagination. (At the end of this post I will tell you exactly why you think that.) 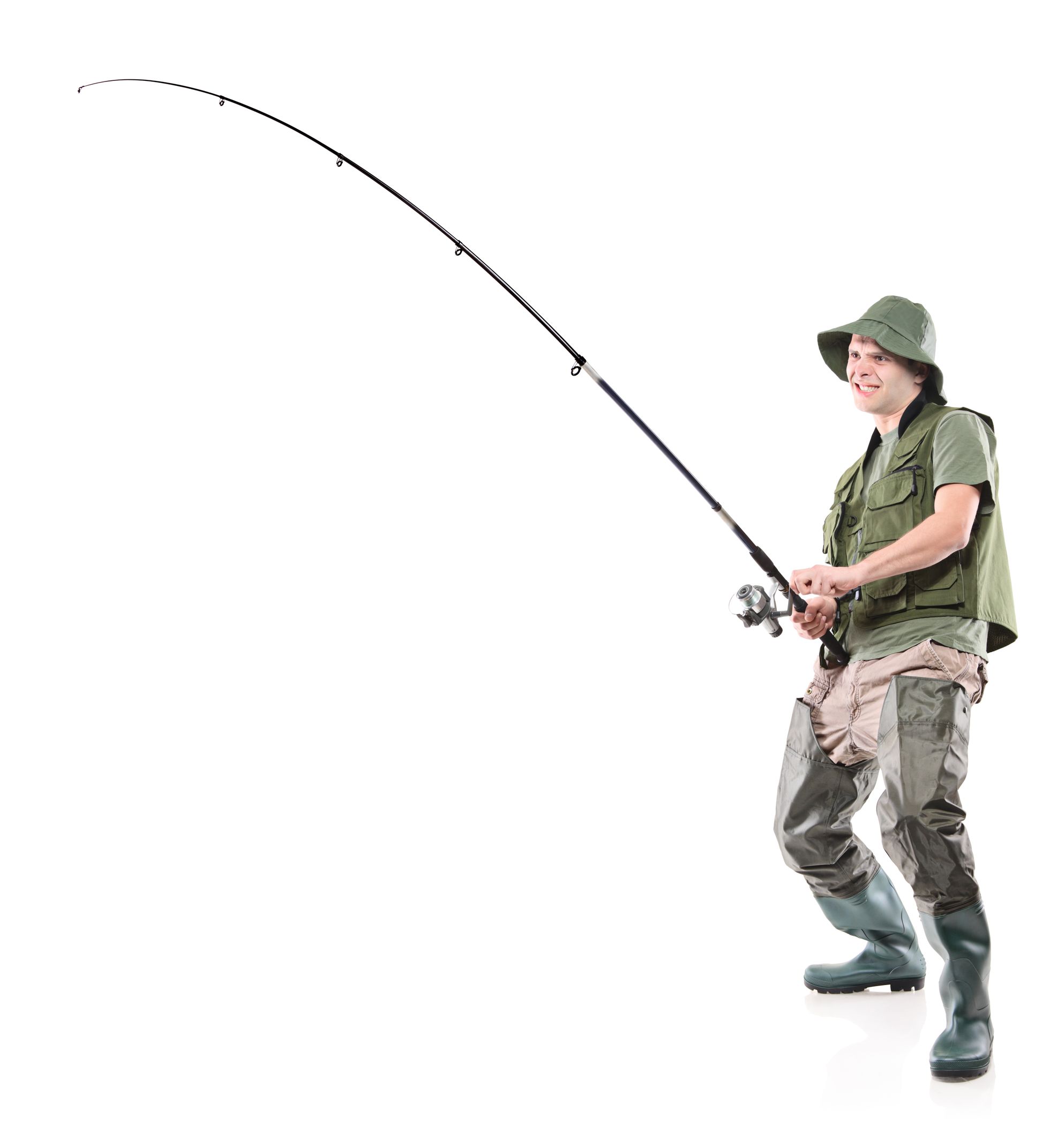 Ok. Now you know who they are, and you have a name for them. (Naming them is a very important part of managing them.) Say that name out loud with me: “BAITERS.” Perfect!

After they’ve screwed you over it’s pretty easy to identify them. Unfortunately, that is not one bit helpful. We need to spot them before they have the opportunity to screw us over. Doc Phil is on it! Here are the “Evil Eight” identifiers of BAITERS:

1.       They see the world through a lens of arrogant entitlement and frequently treat people as targets.

You got it. These folks are actively seeking targets and they put a lot of effort into their manipulation plan. (Think Oceans 11, 12, 13, 27, etc...) BAITERS get up in the morning and say, “Who do I need to trick, abuse, steal from, or sucker punch today so I can get further ahead?”

These folks KNOW they do not have what they need to get where they want to go in life, and that’s just fine with them, because they know SOMEONE has what they need and it's just a matter of snatching it from them.

While everyone deals with these ugly creatures, you are likely going to garner more of their attention as they will consider you an easy target because you are a single mom. All the more reason to learn everything you can about these beings.

Relationships are built on trust. On mutual understanding. And on shared experiences.

But since BAITERS don't have empathy, doesn’t feel those shared experiences. Consequently, BAITERS have to hook you fast, because these folks can’t keep up the 'empathy façade' very long. If you catch on, you are no longer useful. And the BAITERS will have to hunt again.

They are counting 2 things:

1. You lack confidence and have low self-esteem, and

2. You are so desperate to have someone in your life that you will allow them to stay.

3.       They are incapable of feeling remorse/guilt and don’t learn from situation to situation.

You see it. Your co-worker gets reprimanded for eating your lunch and barred from the lunch room for life.

“Ok,” you think. “They are going to catch on now.” Nope. You catch them after hours shoulder deep in the fridge, your left over tuna sandwich hanging out of their mouths. And to top it off…they blame you for having such a delicious sandwich in the fridge in the first place.

Or, the boyfriend who misses your birthday, flirts with others in front of you repeatedly, and is never there when you need a hand.Yet, he somehow acts like you are expecting way too much.

Jasper is totally a BAITER!

4.       They are irresponsible, self-destructive, and disregard the well-being of others.

The reality is that BAITERS treat themselves as poorly as they treat everyone else. They believe they are invincible. The rules don’t apply to them, and that means all the rules. Speed limits, gravity, you name it.

I knew a man who was such a con-artist that the guests attending his wedding had not one nice thing to say about him because of all the sneaky cheating he did to his first wife.

He was also skydiver who refused to properly pack his chute. He just wadded it up into a ball and shoved it in his pack, assuming he was exempt from the rules of parachute safety.

His luck ran out on a jump at the South Pole when neither his shoot nor his back up shoot opened.  Self-destruction in the truest sense.

And if drama and crisis are in short supply, they simply create some. Spreading rumors, pitting people against each other, isolating people from their group, making sure problems never get solved, or undoing the solutions that do get put into place.

Because you are a single mom, these folks assume you are desperate for attention, a sense belonging, and too damn overwhelmed to keep track of all their antics to ever call them on their crap. Which makes you, in their minds, an easy target to support their personal mission.

I know someone who stalked her future spouse for years, all while being involved in a serious relationship with someone else. When she landed the new guy she simply dropped the first one without a word or explanation saying, “He wouldn’t have committed anyway.”

Of course as you listen to the story you are in shock. it sure sounds like the other guy wasn’t doing anything wrong in the first place, and you can’t believe this person would be bragging about screwing someone over…but by golly that is indeed what's going on.

7.       They have a pattern of short-term relationships

I agree that if you run into someone who fits this profile you should…well…run.

But I have found BAITERs often do have long term relationships that fit into either one of 2 camps:

1. They have found a partner in crime and they are BOTH happily baiting away, or

2. They have the perfect victim, who stays with them through thick and thin.

My neighbor, we'll call him Bob, was quite the dog. He bragged about flirting all the time. If I went outside, it wasn't but 2 minutes later that Bob was puttering around his yard or driving by in his car. He even popped up in my email one day (scared me to death) and started offering to help me with all kinds of tasks around the house. When I declined his assistance, and later his overt advances, he accused me of being gay.

Once his wife finally figured out what was going on, she came over to tell me how much she loved him and how she was so sure that God wanted her to fix him. (I was none too sad when the bank came to foreclose on their house and they had to move.)

My personal test for this one is to find a little scab in their fantasy, and pick at it, ever so slightly.

Instead of nodding in shock at their crazy stories (as we tend to do), ask a few probing questions to get a little more information. “How exactly did that happen?” “What did you next?” “Tell me again how that worked?”

In a hot minute you will see that they have no details, and can’t repeat the story the same way twice. Bingo!

At this point the jig is up and you know for sure.

Face it. BAITERs are between you and your Kickass Single Mom life. They zap your energy, create stress, and anxiety, and pull your attention away from your personal and professional goals. When it comes to BAITERS, you need a plan.

Stay tuned for the steps you can take to protect yourself from being seen as an easy target because you are a single mom, and find out what to do when you encounter a B.A.I.T.E.R.

The Ultimate Reason why you are an easy target because you are a single mom... 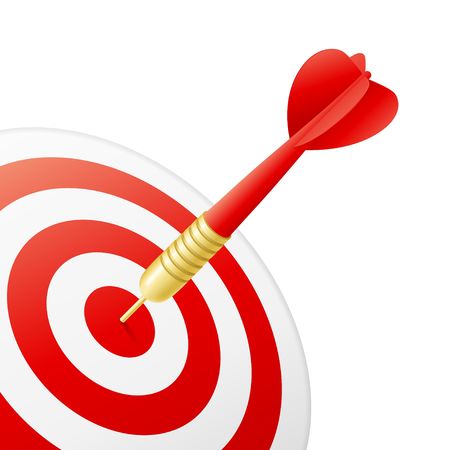 Ok…I promised to tell you why you don’t listen to your instincts when it comes to BAITERs, and instead you think it’s just your imagination.

Women, as we women know, tend to be very connected to our 6th sense. The Sense of Knowing. We check on our kids just in time, we call a friend in need based on a hunch, etc.

Unfortunately, we completely discount that sense of knowing when someone is baiting us.

The reason, I believe, is because as women, we are SO intuitive that we receive the message long before actual evidence is visible. We don’t want to assume someone’s bad intentions, and we can’t SEE any real evidence, so we pull back…and that is the moment we become an easy target.

Unfortunately, I find that single moms are even less inclined to trust themselves than other groups of women.

More on that later!

Could you use more self-care?? Of course you could! Click below and login into my FREE 14 DAY SELF-CARE CHALLENGE!

What will you uncover??